If there’s one thing to gather from the video products announced at the Consumer Electronics Show last week, it’s that “4k” is more than just a passing fad. All of the major electronics companies seem to be jumping on the bandwagon, with 4k televisions, projectors, and cameras. 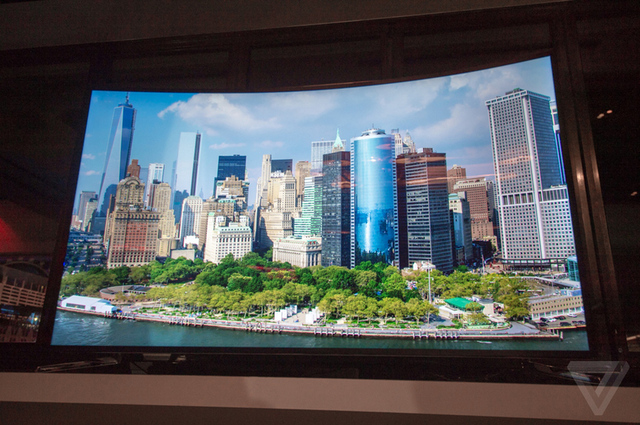 Both look like really sleek solutions to one of the main problems with 4k footage: the inability to view it at full-rez on your current TV or computer screen. Now, finally, the monitoring options are catching up to 4k cameras like the Red Epic or Sony F5, (though with 8k cameras already in production, it looks like the resolution arms race won’t stop there).

And while camera resolution keeps getting bigger, the size of the cameras themselves keeps shrinking. One of Sony’s big announcements at CES was the FDR-AX100, a handheld consumer 4k camcorder.

Although this seems like it could be more of a gimmick to sell cameras based on the “4k” buzzword, the technology is there to where we can get very high quality images from such a small package.

The wild popularity of the GoPro line of cameras speaks to this. With such a small form factor and a high quality image (4k even, at low framerates), the GoPros allow for completely unique perspectives in filmmaking– such as affordable aerial cinematography with the DJI Phantom quadcopter.

This year at CES we saw new GoPro accessories like the robotic camera operator Jigabot AIMe and the Steadicam Curve, proving that the range of applications for these tiny cameras is getting wider every day. If these trends continue we’ll have cinema-quality 20k footage coming from a pinhole camera within a couple years, but for the time being we’ll gladly stick with 4k, as the sheer volume of recorded data is putting enough stress already on the Studio B servers.

Get with the trends and rent a 4k digital cinema camera or GoPro today!